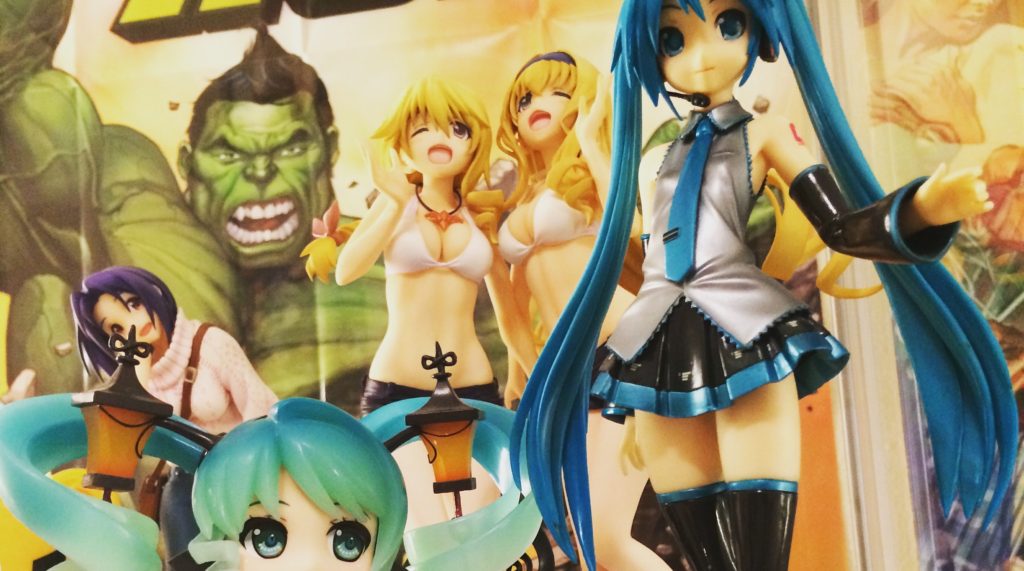 Upcoming Anime conventions near me – Best In Texas

Upcoming Anime conventions near me – Best In Texas

Anime conventions are the best settings where you can both learn and grow as an anime lover. What many don’t identify with anime conventions is that they impact the knowledge capacity that a person has added to the fact that they enable people meet and interact as far as anime is concerned. With Texas being a hub of anime, multiple conventions have been organized for the year ahead and here is a collection of some with the ultimate list being on mtglion.com.

This is a convention that will bring together all anime lovers in Irving, Texas. Scheduled to take place from May 4-6th 2018, it is sure to be an attraction for any anime enthusiast who will be in and around Irving Convention Center at Las Colinas.

Set to be a convention that will bring anime lovers from far and wide within Texas, Mini-Mini Con will surely be an event to watch out for. Set to take place on May 5th, 2018 at Wonderland of the Americas Mall, San Antonio Texas; you can’t afford to miss this one.

Scheduled to take place from June 7th-10th at Fort Worth Convention Center in Fort Worth, Texas; it will stand as one of the most significant Anime conventions since it will have enthusiasts, professionals and beginners all in equal measure.

Anime lovers will have to mark June 29 – July 1, 2018 since the AnimeCTX Convention will be taking place at Austin Marriott North Round Rock, Texas. The average anime lover will surely find this useful as knowledge and love for anime will surely be amplified.

This convention has positioned itself as the best one can hope to attend with its core factors being to establish the anime convention among anime lovers. From July 13th-15th, 2018 at Houston Marriott Westchase, Houston Texas; you can be sure you will have your best time yet.

From July 20-22, 2018, Courtyard by Marriott Austin Pflugerville in Pflugerville, TX will be the place to be since the ultimate anime convention will be taking place looking to not only enlighten anime lovers but also grow their understanding of the anime industry.

Anime lovers residing in Austin will have something to smile about from July 27th-28th, 2018 as the Anime Austin Convention will be taking place at Holiday Inn, Austin Midtown Austin, Texas.

This promises to be an anime mania for fans and passionate lovers of anime. This convention is set to be held at MPEC Wichita Falls in Texas from July 28-29, 2018.

From anime to gaming and the intricacies of both, this convention will shed light on all to enable people understand the anime industry better. Set to take place from August 3rd-5th, 2018 at Houston Marriott Westchase, Houston, Texas; it is sure to be the birthplace of anime evolution.

Set to take place from August 4th to 5th, 2018 at Park Inn by Radisson, Houston North TX; this convention will look to shed light on the path of growth anime has taken and what the future holds for anime and the industry at large.

This is bound to be a convention that will transform the anime landscape in Texas. Scheduled to take place from August 10th to 12th, 2018 at the Waco Convention Center Waco, Texas. Missing it will mean missing out.

Just as the name suggests, this will be the convention to attend as it will include the leaders in anime development and evolution. The August 17th-20th, 2018 dates should be marked so that you purpose to attend the convention at the Sheraton Dallas Hotel Dallas TX.

This convention will be a conglomeration of passionate anime lovers who wish to identify industry trends and how they are bound to affect the industry over time. August 31 – September 2 will be the dates and the convention will come together at the Henry B. Gonzalez Convention Center / San Antonio Grand Hyatt Hotel San Antonio, Texas.

Every Anime fan in Texas can look towards September 14th-16th, 2018 with expectation due to the Anime Sekai convention scheduled to take place. Tuned to be held at the Abilene Convention Center Abilene Texas, you simply can’t afford to miss this one.

From October 5th-7th, 2018 at the American Bank Center Corpus Christi in Texas; an exciting and fun filled convention will be taking place. It will be a convention that will shed light on all matters anime and how it is bound to change in the future.

Anime lovers must mark the dates from November 9-11, 2018 since they will serve as the duration when the anime world will be having an insightful review and sharing platform. To be held at the Galveston Island Convention Center at the San Luis Resort in Galveston, Texas; it will be the convention to attend.

Set as the convention that will characterize the year in the anime industry, Anime Dallas will take place from November 30 – December 2, 2018 and will be held at the Hyatt Regency DFW International Airport in Dallas, Texas.

All stories by: Tony Guo
MTG Build around me cards – Top 10
Where to buy Anime near me – Best in Texas