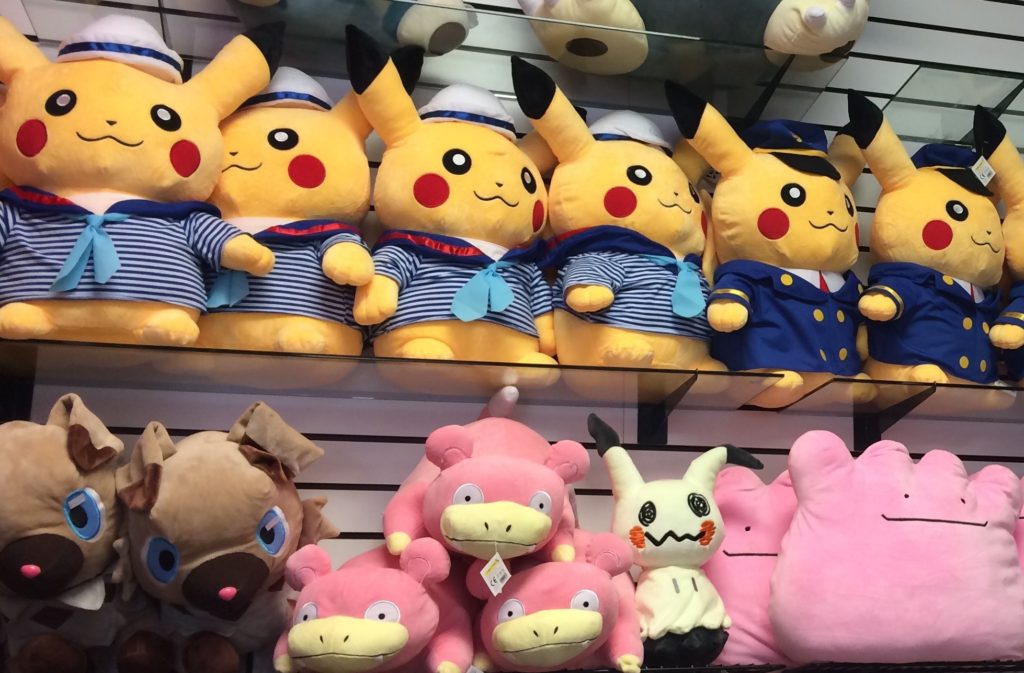 Community day for Pokémon Go are a series of events that have been ongoing since January of this year with the aim of encouraging players to play together all over the world. All players had to do to get involved was log into the game during specific times of specific days of the month hoping to catch special Pokémon. This was in the hope of gaining access to a special exclusive move as well as a resource bonus for the duration of time that specific Pokémon will be available. With the ninth Pokémon Go community day coming up in September it may be time to take stock and try to pick out five of the best so far. This is exactly what this article will look to do.

Held in July it featured fan favorite Pokémon, Squirtle and it happened on July the 8th. The special and unique move that players had access to was the Hydro Cannon. Its popularity stems from the fact that it is a first generation Pokémon and the fact that it elicits serious nostalgia from way back in the days of Red and Blue definitely doesn’t hurt either. Being a water type and given that this community day was coming hot on the hills of the water festival meant that these brilliant Pokémon had already spawned in large numbers. For those that had evolved Wartortle to Blastoise, they found that when they used the mighty Hydro Cannon, it was a bit more potent though not as much as it is in the game. For those familiar with the corresponding anime and the fans, it was nice to see the addition of the sunglasses wearing Squirtle from the Squirtle squad. Catching the Pokémon wasn’t hard as well and this community day as a whole was an overwhelming success.

Next up we will take a look at the just concluded community day that just concluded on the 11th and on the 12th of August. It featured another fan favorite in Eevee who with the many evolutions it possesses makes it extremely worth it. It also came with triple catch stardust and three hour lures to go together with its unique move. Given how excellent Espeon is as a psychic type and not forgetting how effective Flareon is as a damage dealer then it is no wonder Eevee are so popular. When you then take into consideration how worth it powering the rest is when looking to fill any gaps in your offensive output then you begin to get an idea just how popular this community day was likely to be. When you throw in the fact that Eevee’s special move on the day, Last Resort, and its effect on players’ attacks then it is no wonder they were so up for it. To top it all off, players were allowed until Monday the 13th of August to evolve their Eevee which was a break in tradition to extend the duration in which players could evolve the Pokémon beyond the duration of the event.

The very first Pokémon Go community was also extremely successful. It was held on the 20th of January and it featured Pikachu with surf as the Pokémon and its unique move. As you can imagine, taking one of the most popular of Pokémon and giving it a water move is always a winning combination. It was a masterstroke by organizers to feature arguably the most popular Pokémon on its very first Community day which meant that longtime series fans were bound to bite. The addition of Double XP as a resource bonus also proved to be quite useful for players.

This took part on the 19th of May and the featured Pokémon was Charmander with Blast Burn as the unique move. There were also two bonuses to go with it in triple stardust when catching Pokémon and three hour lures. Also available was a shiny Charmander although one only got the exclusive moves by evolving Charmeleon into Charizard. Everything considered it was yet another successful Community Day.

This took place on the 16th of June and it was yet another successful event this time featuring Larvitar with Smack Down as the unique move although this was only available for Tyranitar only. It also had two bonuses which were 3x XP when catching Pokémon and three hour lures. Given it is one of the most useful non-legendary Pokémon one can catch then you wouldn’t be surprised to find out that this particular community day was very popular.

The above are what we think were the top 5 community day Pokémon Go from the eight that have been held so far with September’s yet to come. This concept has proved to be quite popular as it has helped in bringing players together creating a sense of community, just what the organizers had set out to do. This article just begins to scratch the surface on the community days Pokémon Go. For more on this and a lot more please visit mtglion.com.

All stories by: Tony Guo
Top 10 Items to Sell on Amazon in 2019
Yugioh Tournaments Near Me: Why mtglion.com is the Best?