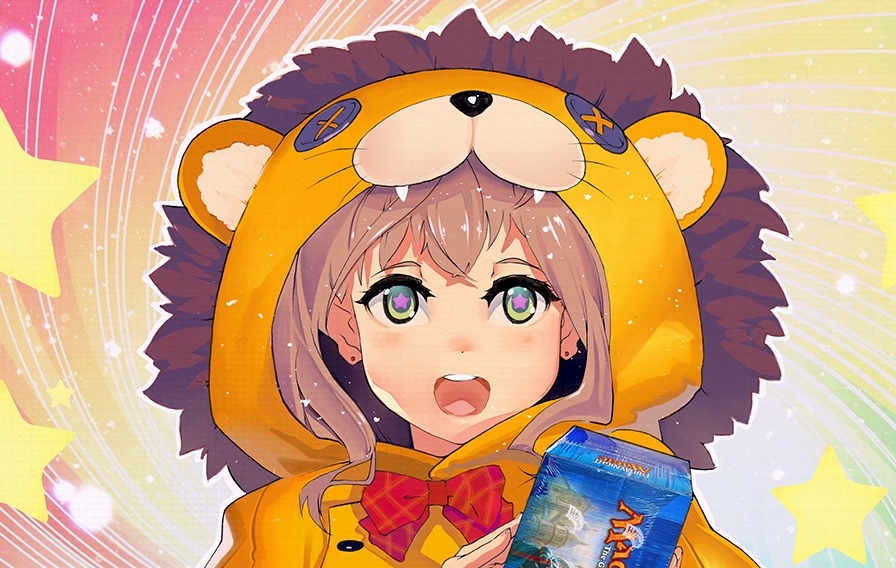 Love and anime go hand in hand. There is everything from madly in love lovers, to those who are still in denial about their love. For this list, we at MTG Lion have considered fan favorites and the impact they have on the series in which they appear. If you have not watched some of the series, beware that there may be spoilers ahead. Besides that, we understand you may not fully agree with this list. However, this is the best we could do when faced with so many overwhelmingly awesome relationships from which to pick.

The romance plays out in the “Fairy Tail” anime. Not only are they on the same team, but they also happen to be best friends. In this world, Lucy Heartfilia is a celestial key mage who aspires to join the Fairy Tail Guild. After a slight altercation with Natsu Dragneel, a member of the guild, she is invited to be part of Team Natsu. Over the series, these two become close friends who care a lot about each other. However, they keep everyone guessing whether they will finally declare their love for one another.

This epic love affair plays out in the “Steins; Gate” anime, which is about time travel. In the series, the two lovebirds Kurisu and Okabe meet during a lecture on the theory of time travel. After some confusing event over her death and rebirth, Kurisu joins Okabe in analyzing various timelines. The relationship is a major focus of the series. It also drives most of the characters actions and major events. The focus is on what anyone would do to prevent the death of the one he or she loves.

This relationship plays out in the “Detective Conan/Case Closed” series, which has been airing since 1996. In this series, Shinichi Kudo and Ran Mouri are friends since childhood that love each other deeply. However, they have never been able to declare their love. In this series, Ran has confessed her love for Shinichi while he was disguised as Detective Conan.

We get to learn about this romance in the Soul Eater series. The bond between a meister and their weapon is quite powerful, reaching down to their souls. Evan and Maka are both training to master their meister so that they can eliminate evils souls on behalf of the Grim Reaper. During this training, the bond between Soul and Maka grows beyond a friendship. Evan is portrayed as arrogant while Maka proves to be caring and protective of her.

The relationship in “Code Geass: Lelouch of the Rebellion” between Suzaku and Britannia will tag on your heartstrings. This relationship becomes even more interesting because it is so complex. It entails a member of the royal family falling in love with her guardian. Suzaku, who is a childhood friend of Lelouch, the anti-hero of the series, falls in love with Euphemia, the sister of Lelouch. When Suzaku works his way up the ranks to reach Euphemia, she confesses her love for him. This does not work well for the plans that Lelouch has, and so Suzaku is put to death at the hands of Lelouch.

The two are absolutely adorable in the “Nisekoi” anime series. Raku and Kosaki are tow high school students in the romantic Nisekoi series. Kosaki has developed deep feelings for Raku, as she treats his wounds both literally and figuratively. She is one of the few girls to have ever confessed her love for Raku although they are not able to be together.

This romantic relationship is also set in a high school in the “Toradora!” series. These two lovebirds meet when they run into each other at Ohashi High School. Over the course of this series, their love for each other grows deeper as they begin to see other sides of each other. Eventually, they gather the courage to confess their love for one another.

Yet another high school romantic relationship that takes place in the “Clannad” anime series. Tomoya starts out as a delinquent student in the series until he meets Nagisa, who changes his life. She helps to change his nihilist outlook on life, and he learns about the importance of family and friends. In a sequel to this series, we actually get to see the two get married and give birth to a child.

This is one of the most beloved couples in the world of anime in the “Fullmetal Alchemist: Brotherhood” series. Edward Elric is a state alchemist who lost two limbs as he attempted human transmutation. Winry helps to design tow prosthetics for him, and their relationship only grows stronger form that point.

Most anime fans will agree that this is the top romantic relationship. The love affair takes place in the “Sword Art Online” anime series. Kirito and Asuna both become trapped in a virtual world, and that is where their love affair develops. As the series progresses, these two love each other and even get married in the game.