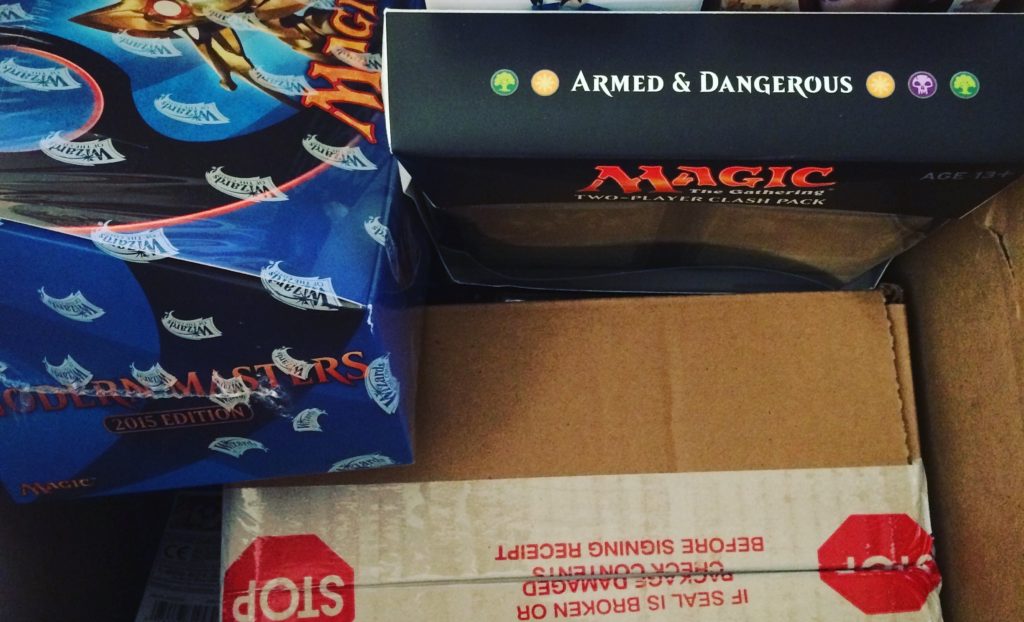 Magic the Gathering Ravnica Allegiance: What to Expect

Magic the Gathering Ravnica Allegiance: What to Expect

Magic the Gathering Ravnica Allegiance is the 80th installment of this hugely popular series and it is scheduled for release in the early knockings of next year, January 2019 that is. It is set in a world called, unofficially, the Guilds of Ravnica block, along with the other two in this series of three. This marks the third time that Magic the Gathering has used Ravnica as a setting and the fact that they are returning there is a clear indication of how popular it was in the previous release. This article will look to shine the light on exactly just what to expect from the latest release of Magic the Gathering.

Ravnica, which is basically a city controlled by ten guilds will be making a come-back as previously discussed and Ravnica Allegiance will have five guilds. You will get, as a player, a chance to finish your journey across the remaining five Guilds that follow from the first five in Guilds of Ravnica. The five Guilds in Ravnica Allegiance are Azorius (white-blue) which is known to be orderly, Rakdos (black-red) which is known to be quite chaotic, Gruul (red-green) which is a bit wild, Simic (green-blue) known as being experimental and Orzhov (white-black) known to be devious and is the last Guild of the Gatewatch’s story.

Another thing that is worth looking forward to on Ravnica Allegiance is the fact that the game itself will have 264 cards. This will be inclusive premium versions of all cards all randomly inserted and the set will also include five of the bi-colored Ravnican Guilds as mentioned above. Another thing to expect when Magic the Gathering Ravnica Allegiance is the fact that watermarks will be used on cards so as to better identify the different types of guilds. The release of the ten pre-made decks dedicated to each Ravnica Guild, five of which are in Ravnica Allegiance was purposely done to capitalize on the excitement that had built up after the announcement that the Guilds would be making a comeback. Another thing to expect is that given that there will be custom decks, it will allow one to play as a favorite guild.

Another thing to expect of Magic the Gathering Ravnica Allegiance is the that the game will mark the end of Gatewatch’s fight against Nicol Bolas. The story line itself is expected to be quite intense as the ensuing conflict will fracture and bring the world to its knees. The peace that exists between, which is already fragile as it is, will be pushed close to breaking point. This is where you as a player come in as the game will push you to protect your guild and show just how loyal you are. The action promises to be quite gripping and the game is amongst the most anticipated in the coming year. Another thing to look out for along with the custom decks are guild schwag like pins, stickers and spindown life counters.

Later on this year, the first of the three sets by Magic the Gathering will be released and given that it will have a direct bearing on Ravnica Allegiance as you gear up for the much anticipated final battle with Bolas himself, it is prudent to take a look at some of its details and what it entails. The first instalment, Guilds of Ravnica, is expected to be released early October. It will feature the first five Guilds. These include Selesnya (green-white) known to be harmonious, Boros (red-white) known as being militant, Golgari (black-green) which is very much life and death oriented, the frazzled genius of the Izzet (blue-red) all the way to the mysterious nature of Dimir (blue-black).

Some of the cards we are expecting in the new Ravnica Allegiance and by extension the Guilds of Ravnica aside from the custom Guild decks including the Archetypes includes reprints such as the Colossal might, Blazing Hellhound, Heroes Reunion, the Prophetic Bolt which is most likely to be used for Izzet. Others include the Putrid Leech which is thought will appear in both Golgari Duel deck as well as the Vraska’s Duel deck. The above are just an educated guess as information on the decks likely to be available is thin on the ground. We however expect mostly commons, some uncommons and rares and a sprinkling o9f mythics. As usual the expectation is that the majority of the cards in a deck will be commons and uncommons. Given that Ravnica is basically a big city, it is safe to assume that Islands will not be available among the basics. From the introduction video that was released some were speculating that there will be a 5 mana wipe spoiled, which if true means there will be at least a wrath.

From the foregoing it is no wonder exciting is building for Magic the Gathering’s return to Ravnica and most players can’t wait to get stuck in. There is a lot more to be unearthed on the topic with mtglion.com being the place to get more on this and much more.