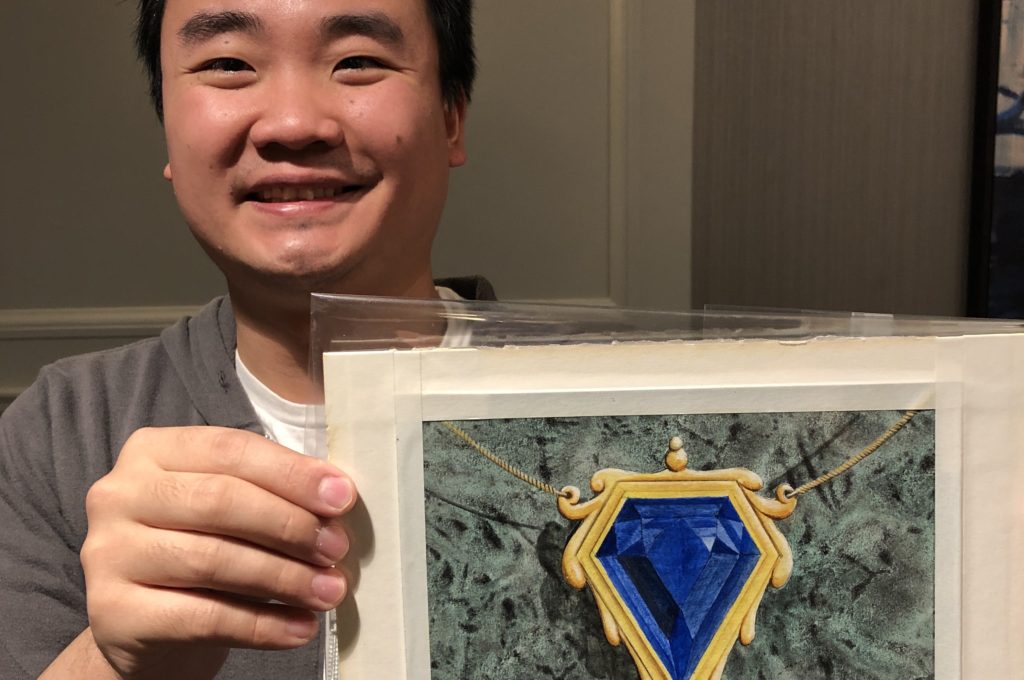 Black Lotus is arguably one of the iconic cards that have defined what Magic The Gathering is today. It is impossible not to mention Black Lotus when you are talking about MTG and this is due to not only its power of gameplay but what it stands for as one of the pioneer cards of the game. As captured by mtglion.com, Black Lotus is one of MTG’s Power Nine which are cards that were printed during the early times of the game. It is also regarded as one of the most powerful cards due to gameplay options and capabilities.

As many reviews and expert insights from mtglion.com will identify, Black Lotus  is a card that originates from Alpha and Beta sets of the game. This is to say that it carries an extensive design and capability that many other cards don’t share. The Alpha version of the card is more expensive due to the limited prints that were done noted to be only 1,100 copies. The Beta version of the card had a print number of above 3,000 thereby making it cheaper compared to the Alpha version.

It is worth noting that Black Lotus is regarded as the best card of its type and time and according to mtglion.com, holds the record as the most valuable non-promotional card ever printed. Much has been said of its capacity as the best card of its type and time but the limited print-ups and black borders arguably make it a unique card that has value both in its solitary setting and as part of a deck. Every deck with a Black Lotus in it is better as it has been reported Black Lotus improves the gameplay options when included in a deck. In order to underline the importance and value of a Black Lotus card, 2019 has seen reports of a Gem Mint Alpha version of Black Lotus being auctioned and sold for in excess of $166,000 on eBay. This is unheard of and clearly dictates the influence and power that the card has.

In gameplay, Black Lotus can be played at zero cost which is a massive advantage for a card holder. The gameplay orientation captured by mtglion.com points to the exciting fact that a Black Lotus card grants 3 mana when sacrificed which means it undoubtedly gives you a boost in the early stages of the game. An aspect of gameplay that clearly stands out for black lotus and makes the card unique in its own right is that it allows you to have 4 mana total on the first turn. This then means you get to cast a much larger spell in the first stages of the game giving you an unrivalled advantage.

A striking fact about Black Lotus is that it has been banned from official tournament formats except Vintage. It is also notable that even in Vintage, mtglion.com reports that it has a limitation of one Black Lotus card per deck as opposed to the usual threshold of four that other cards enjoy. Despite this fact, a Black Lotus still commands a huge price in the trading world and an average price range is set at $27,302 but this should not be taken as the blanket rate since a Beta Deck Black Lotus Ultra-Rare card currently up for auction has an asking price of in excess of $100,000.

Why is a Black Lotus Card expensive?

According to mtglion.com, one of the top reasons a Black Lotus card is expensive is that the card is extremely rare and this is due to the fact that only about 1100 of them exist in the trading market and this scarcity means the demand is high but the supplier lower.

It is an iconic card

Black Lotus is a piece of history as it is one of the earliest cards ever printed for the game. It is worth noting that this card is part of the Power Nine and is thus a cornerstone in Vintage play. Renowned MTG experts including mtglion.com have pointed out that even non-magic players looking at a Black Lotus card get to easily associate the game with it and older players of the game actually like it.

The power of the card is unrivalled and this is one of the factors that created its appeal and overall legacy. The power level of this card is top class and according to mtglion.com, it explains why most people are buying the card for Vintage play and collectability.

A Black Lotus card can be included in 99.99% of decks ever conceived and this shows the level of versatility that this card holds. This means that this card can virtually fit in any deck and this high utility is what creates demand for the card and consequent price hike.

A striking fact about this card that makes it so expensive is its Reserved status. A Black Lotus card is one the reserved list according to mtglion.com which is a top MTG expert store in Houston. this then means that the card won’t be released in newer sets and this means the value skyrockets.

As noted by mtglion.com, a Black Lotus card creates value for your deck and this means that it improves overall value when it comes to liquidating a collection and this is the factor that makes the card expensive.