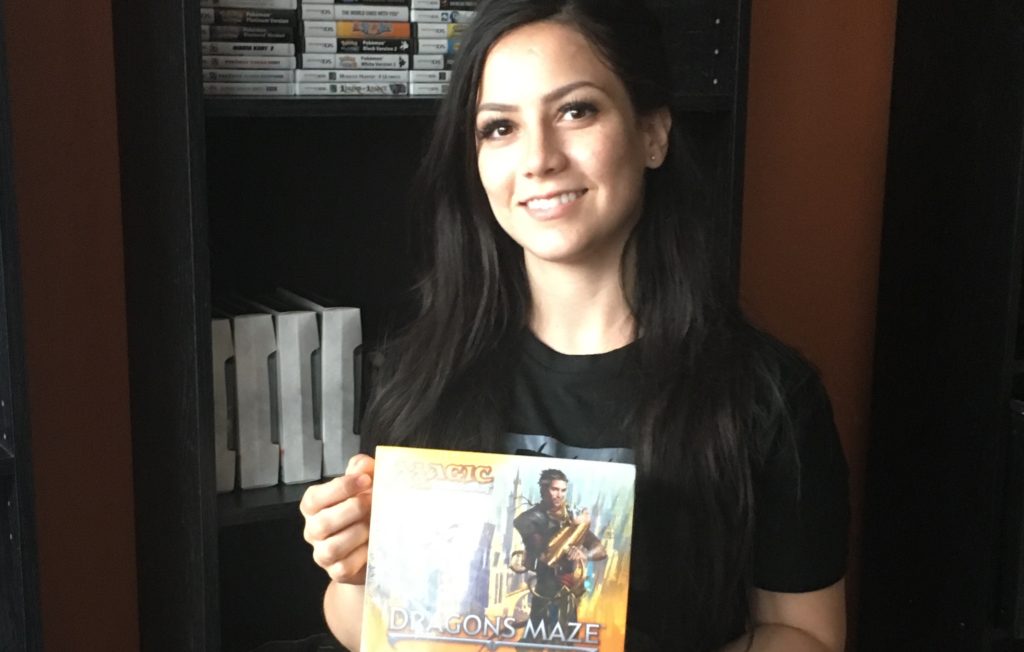 Which Magic: The Gathering planeswalker are you

Which Magic: The Gathering planeswalker are you

Equipped with many different abilities and personalities, Planeswalkers are the subject of many discussions in MTG forums. Players tend to have a favorite or a group of favorites which perpetually brings up the question of which character is superior. Discover the planeswalker that most typifies you based on your personality traits and outlook.

Ashiok feeds on fear by bringing into reality what her opponents fear most. Her fear inspired creatures are fiercely loyal, which gives her immense power. Ashiok believes that she can harm any sentient being and for this reason, her sole purpose is devastating those who see themselves as unassailable. If you often use fear to your advantage such as in leadership, this planeswalker suits you.

Dack has the gift of psychometry meaning that he can absorb knowledge via touch. His ability cultivated a superiority complex that bore arrogance and cockiness which led to poor, regrettable decisions.  Dack is, thus, a perfect representation if you tend to be overconfident and overly proud.

Ajani looks vicious thanks to his lion face and double-headed ax. However, contrary to his looks, he is a good-natured planeswalker that uses his healing, spirituality and regenerative oriented magic to empower others. Ajani personifies you if you are spiritual, and always working towards empowering others through your talents.

Also called the reveler, Xenagos is forever in search of new pleasures concerning himself with the discovery of all the pleasures in the multiverse. In his quest, he became disillusioned after realizing that he does not wield the power he would wish to have on other planes. Xenagos represents you if pleasures and revelries are your topmost aspiration.

Fire is the source of her power. However, Chandra struggles to deal with the volatility of her ability given that fire is also the most untamable of elemental forces. She is clever and very inventive, and therefore, if you share her innovativeness, she is the planeswalker that you would be.

If you are overprotective and overly concerned with making sure those under you are safe from peril, as a planeswalker, you would be Aarlin Kord. A powerful planeswalker werewolf, Aarlin Kord takes up the responsibility of protecting her kind from various threats.

Liliana is all about accumulating power and her perfection of necromancy aids her quest. More than that, she is very cunning, charismatic, breathtakingly beautiful and ageless. Her combination of virtues makes her a formidable fore. Liliana suits you if you use cunning to appropriate resources at your disposal to acquire power, influence, and items of interest.

Vraska is a mysterious and stealthy planeswalker who is mainly a hitman. She sometimes sells the service, but mostly, she traverses the planes petrifying her victims and keeping them as souvenirs. If you tend to hold onto mementos and souvenirs from your conquests, then, she is an ideal representation. She also applies if you have a penchant for mystery.

If you are sincerely devoted to a cause, Nissa is the planeswalker that best embodies you, and from such a perspective, everyone has a bit of Nissa in them. She is pro-life and a committed defender of her world. Her power stems from elemental forces – chiefly land – which also makes her quite tolerant.

Koth of the Hammer

Koth is very wise. A skilled geomancer capable of manipulating mountains to do his bidding, he is as quiet as he is decisive. He loves peace and uses his power to ensure harmony on his plane. If you possess his attributes and love peace, he is the planeswalker you would be

Jace’s power is potent; especially so because he is quite intelligent. He possesses the ability of clairvoyance, besides being able to create illusions. Of all planeswalkers, his mind magic stands head and shoulders above the rest bar Nicol Bolas. He is among the coolest planeswalkers, and you are likely to be him if you are adaptive, and a good planner who formulates several backup plans.

Gideon is an expert in the magic of order which he was taught at a young age. He is a proponent of justice, and he never spurns an opportunity to assist the innocent. His sense of justice combines perfectly with his loyalty and his invulnerability. You are Gideon Jura if you share his intense passion to enforce justice.

Dovin Baan is impressively analytical, and magic further heightens his talent of zeroing in on the weakness of any system or machine. While he can use this power for evil, he mostly uses it to enhance the things around him. Moreover, he is ever impeccably dressed, and his style is one of gentleness. If you resonate with his brilliant analytical mind, attention to detail and striking sense of style, then, as a planeswalker, you would definitely be him.

The characters discussed above are only a fraction of the planeswalkers in Magic: The gathering, and tellingly, they are a sample that is a bit biased towards virtue rather than vice. Discover other planeswalkers that you might relate to, plus additional insightful content on mtglion.com.

All stories by: Tony Guo
Which Magic: The Gathering guild are you?
Why magic the gathering is so expensive?