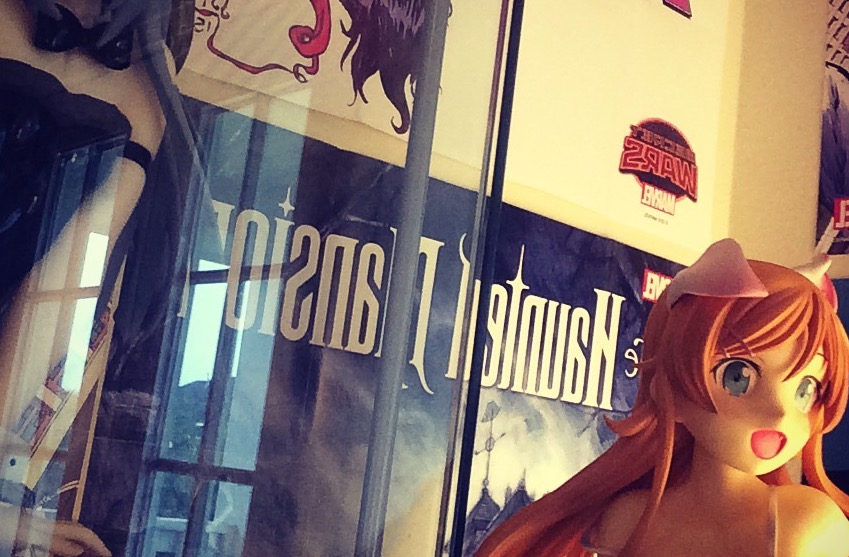 This is a hugely popular free-to-play online role-playing game that is based around turn-based combat. The game has been graced by strong women characters who have helped add massively to the experience and this article will look to place a spotlight on some of those female characters.

She may not be able to deal the most damage to fellow 5-star servants but her three Arts cards enable her to gain NP points very quickly. Also, given that she is a Ruler-class servant, she is immune to damage by all servant classes apart from ones like the Berserker. As a servant she is definitely top of the line and definitely among the top female characters in the series.

She has a very interesting folklore behind her as she was in love with a man who doesn’t love her back and he ends up being burned by her, having transformed to a dragon, for his troubles. From there you can catch a glimpse of her character as she can get very jealous to the extent of getting violent with any woman eying her master. She is an extremely interesting character and worth being considered as one of the top female characters in the series.

She might lack personality at times but her selling points lie away from her personality anyway so don’t let that bother you. She is best known for her ice cold persona when it comes to killing, she is known as the “The Destroyer”, and this might explain her lack of personality. Her design is also eye catching with her long white hair, perfectly tan skin and her large rainbow sword. She is definitely a worthy addition to the top female characters in the series.

Passionately referred to as Nobu by her fans, she is a 4-star archer with the personality to match. She even hosts an entire two-week event but despite her persona she is well liked and her event, GudaGuda, has given birth to the Guda Grand Order Comic that stars both her Okita. She is a mix of beauty and toughness that endears her to the masses and make her a popular choice to be among the top female characters in the series.

She is as narcissistic as Nobu, only just twice as much as she never misses a chance to remind everyone that she is the emperor of Rome and she also like to show off her great city. Adorned in a red dress with a sheer white opening in the middle, and is very powerful for a 4-star especially when coupled with her Noble Phantasm. She is confident, loves her city and when you add to this her catch phrase “umu!”, then no wonder she is among the top female characters in the series.

She always wanted to find love in lore, and having worked for the emperor who admired her, she thought she had found it only for word to come out that she was from the Tamamo Nine which was a demon fox clan. She had to run away from the kingdom and decided to cut off her tails and live a human life. Despite the dark past she still remains jolly. An excellent healer who can revive her party’s HP by 2,000 and charge everyone’s noble phantasm by 25%, she surely has to be considered among the top female characters in the series.

This sensei is a teacher who is the queen of the Land of the Shadows. She uses her wisdom and knowledge to teach many would-be heroes. She knows when to be serious and when to crack a joke or two which makes her an excellent teacher. Mainly due to her noble phantasm, she is one of if not the most powerful servant in the game and can even wipe out a single boss depending on overcharge. She is tough as nails and an obvious choice to be among the top female characters in the series.

She has a sweet and cute personality but don’t let that fool you as she carries out deadly attacks with the best of them. She is a 5-star which means that her card deck is bound to be strong and being a crit saber her attacks are more powerful than Altera’s. Even though often coughs up blood, she always looks to assure as she is okay which goes to show how strong she is and even though she is a killer she still has a sweet persona. She definitely deserves to be among the top female characters in the series.

She is the darker version of Saber Altria and she is also known as Salter. She is used to show us the other side Altria gave in to revenge and anger, the ultimate good girl gone bad. She decides to be corrupted by the Holy Grail after the trauma of watching all her men getting massacred at the battle for Camelot. She is a 4-star however unlike Altria but with her all-enemy damage dealer noble phantasm and attack boosts, Salter’s got you. Another top female character in the series.

Last but not least is the Queen herself, the face of the Fate Franchise, the King of Knights is respectful but lethal and powerful. She is extremely possible, so popular in fact that there are multiple versions of her although none of them compares to the original version. She is extremely powerful and will serve you well even without her attack buffs as her buster card can deal 12,283 in maximum damage with her HP being one of the highest in the game. She is another top drawer character in the game and definitely worth being mentioned as one of the top female characters in the series.

The above characters are a perfect combination of determination, power and a sprinkling of beauty to really add color in the series. There are a lot more to be learnt on them, other characters and much more on other matters. If you would like to do so then mtglion.com has you covered.